From 1953 to 1987 the water supply at Camp Lejeune was contaminated with toxins linked to cancer and other illnesses. During that time, possibly anyone who worked or lived there could have been exposed.

Tens of thousands of Marines and their family members as well as civilian employees (including infants and children) who lived and worked on the base have developed cancer and other diseases from the toxic water at Camp Lejeune.

Until recently, most victims didn’t have any legal recourse because service members are not allowed to sue the federal government for injuries related to their military service.

They were directed to the U.S. Department of Veterans Affairs (VA) to apply for disability benefits. These benefits were either insufficient or totally denied.

Now, after many decades of research, investigations and advocacy a new law was passed in August of 2022 allowing the victims of Camp Lejeune water contamination to get justice.

This new law allows those victims to seek financial compensation through a Camp Lejeune lawsuit; no matter how long ago they or their families were exposed.

The Camp Lejeune Justice Act of 2022 (CLJA) was passed as part of the Honoring our Promise to Address Comprehensive Toxics (Pact) Act on August 10, 2022.

This Act allows military veterans, their families and others harmed by the contaminated water to sue the federal government for toxic VOC exposure at Camp Lejeune.

Certain criteria must be met for filing these lawsuits. In order to qualify, you must have been exposed to the contaminated water for at least 30 days between August 1, 1953 and December 31, 1987.

You may be eligible to file a lawsuit or a claim or both. A claim could get you standard monthly benefits and possible special monthly benefits. You could also demand wrongful death benefits if a family member died from an illness linked to the contaminated water.

Camp Lejeune, located in Jacksonville, North Carolina, is a US Marine Corps Base that was found to have toxic chemicals in two of their water treatment plants from 1953 to 1987.

The exposure to these toxins, which can cause cancer, miscarriages, infertility and birth defects as well as other serious illnesses, affected close to one million people living and working on the base. 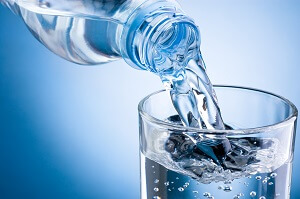 The water at Camp Lejeune became contaminated in the 1980’s when VOCs (volatile organic compounds) were found in the Tarawa Terrace and Hadnot Point water treatment plant wells.

The living quarters of enlisted personnel, officers and the base hospital were all located at Hadnot Point.

The contamination has been linked to two sources, a dry cleaning facility located off of the base and a fuel depot that was leaking thousands of gallons of fuel into the water supply which was located on the base.

The contaminated water from these wells was pumped into the base’s water supply systems for over 30 years and caused water contamination illnesses for the Marines, civilian workers and their families.

What Hazardous Chemicals were found in the Water?

The Agency for Toxic Substances and Disease Registry (ATSDR) found the following VOCs in the water wells at Camp Lejeune:

What Are the Symptoms of Camp Lejeune Water Contamination?

Reports released by the CDC state that exposure to the above chemicals has been linked to cancer and severe illnesses, including:

Pregnant women living on the base back in 1953 through 1987 faced contamination from bathing, swimming, washing dishes and drinking the toxic water.

Miscarriage, fetal death, childhood cancers and high rates of birth defects have been linked to in utero exposure of Tetrachloroethylene also known as perchloroethylene (PCE), Trichloroethylene (TCE) and benzene.

The people that were born at Camp Lejeune during this period of toxic water may not even realize that their illnesses could be directly linked to their water contamination exposure because it can take decades for the condition to present itself.

The new law was enacted to allow victims and their families to file lawsuits and recover financial compensation from the government for injuries and illnesses caused by exposure to the contaminated water. Victims of the toxic water also include veterans, reservists and guardsmen.

If you or a loved one were stationed at Camp Lejeune for at least 30 days between 1953 to 1987 and were diagnosed with diseases that are linked to the toxic chemicals in the water, you may be eligible for financial compensation.

If you are experiencing any of the above symptoms or illnesses, seek immediate medical care.

Get the help of a lawyer to file a lawsuit to receive compensation and benefits for the damages you sustained while at Camp Lejeune.